A powerful and original short film about loss and hope, inspired by a true story. 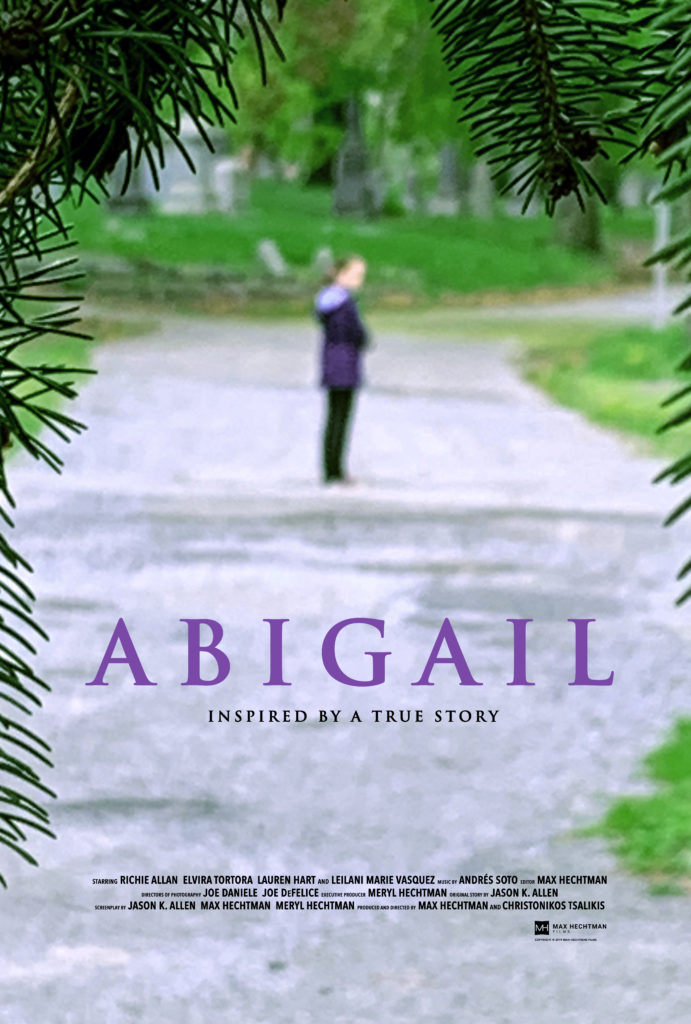 A lonely old man struggles to come to terms with the loss of his wife and the circumstances surrounding her death. When he visits her grave, he encounters a charming little girl who fills him with hope.

This film was made as part of the completion of a Bachelor of Science Degree in Film and Media from the Fashion Institute of Technology (FIT).

Shot on location in Middle Village, NY and Merrick, NY with the SONY FS5 Camera and Lenses. Edited with the Adobe Create Cloud.

Film has the power to tell stories that could change the world, one person at a time. That is my mission as a filmmaker and Abigail is that kind of story.

In the summer of 2018, I discovered online a one-scene script about an elderly man named Elmer, who visits the grave of his wife, Abigail, and encounters a little girl who fills him with hope. As I read it, I was able to relate to Elmer, as I lost my dad to 9/11-related acute leukemia in Spring 2010 and I felt like this story would be the perfect basis for my senior thesis film for the Fashion Institute of Technology’s Film and Media program.

When I proposed it to my Senior Production class, my professor saw its potential and asked me to expand upon the story, prompting me to ask myself: “Why did Abigail die? Is there a reason behind it?” “Why does the encounter between Elmer and the Girl happen?” “Why does Elmer look like he is not accepting Abigail’s death?” After discovering a NY Times article about an elderly couple who went through a similar situation with an end-of-life decision, I decided to use that as the basis for Abigail’s death and Elmer’s not accepting the circumstances surrounding it.

Throughout production of the film from Fall 2018 to Spring 2019, my co-director, Christonikos Tsalikis, and my mom, Meryl Hechtman, who served as executive producer, did everything in their power to help me bring my vision of the story and characters to life on screen. I was lucky enough to get four professional professional actors to play these characters, particularly our lead actor, Richie Allan (Showtime’s Escape at Dannemora; Amazon Prime Video’s The Marvelous Mrs. Maisel), who plays Elmer. His performance in this role clearly puts us in the shoes of a spouse whose life is disrupted and forever changed by the intrusion of his wife’s decision, in which she asks him to participate, making his character one that I hope those who have ever lost a loved one, would be able to relate to.

I hope that after audiences see Abigail, that they can start open conversations about the film’s subject matter to help bring attention to the important social issue that’s portrayed on screen and how it affects the lives of others.

We all have a voice. A voice with the power to change the lives of millions. And through the medium of film, the impact of that voice can strengthen in ways that no one can imagine.

This site uses Akismet to reduce spam. Learn how your comment data is processed.